Questions were grouped by common topic

Q1 – The NTP report and possible interpretation of results. Why ICNIRP dismissed this report?

The NTP report authors concluded that they had demonstrated that RF EMFs are carcinogenic in male rats but not in female rats or mice. These claims are under debate world wide.

FDA indicated “disagreed with the conclusions of their final report regarding the “clear evidence” of carcinogenic activity in rodents,” pointing to weaknesses in the study.  ICNIRP pointed some major weaknesses, including a lack of blinding, difficulties interpreting statistical analyses due to the association between longer lifespans and tumor occurrence in the exposed rats. ICNIRP concluded that these substantial limitations preclude conclusions being drawn concerning RF EMFs and carcinogenesis.

This paper can be found at https://www.icnirp.org/cms/upload/publications/ICNIRPnote20192020.pdf.

Currently there are animal studies being conducted to account for some of the limitations of the NTP study, which I think is the appropriate next step in the science.

Q2 – If research shows impacts to the sleep EEG at levels far far lower than ICNIRP limits can you explain why ICNIRP does not consider EEG effects?

ICNIRP considers all evidence in developing its guidelines. However, the guidelines are set to protect against adverse health effects to humans, and there is no evidence that such EEG effects are relevant to health.

Q3 – What is your response to the studies on electromagnetic waves found on the Environmental Heatlh Trust website which relate magnetic fields to asthma, cancer, miscarriages and oxidative stress (1) and to the 1984 EPA report which states « It has been concluded from this review that biological effects occur at SAR up to about 1 W/kg some of them may be significant under certain environmental conditions. » (2)?

(1) ICNIRP limits are set to protect against all adverse effects (e.g. they do not allow RF that will cause miscarriage). There are some circumstances that outside the scope of the guidelines (e.g. medical procedures where cost benefit evaluation may be required); what is outside scope is clarified in the guidelines.

(2) Indeed biological effects can occur at very low exposure levels. However, the critical question for health and safety is whether there are ‘adverse’ health effects, and that is a very different story.

There is no science currently available that has shown that these reduced limits provide additional protection. However, decisions about the limits that a nation chooses to adopt involve consideration of many issues that are not science-based, and so it is not unexpected that different nations will set different limits. It is of course up to each nation to decide how they would like to manage 5G roll-out, and that also involves many factors beyond the science.

Q5 – How many people are in ICNIRP?

There are 14 Commissioners, (currently) 28 Scientific Expert Group members, and together with strong interaction with the larger scientific community, ICNIRP is able to draw on considerable radiation safety expertise. Potential members are nominated by the International Radiation Protection Association, as well as by ICNIRP members and people from outside of ICNIRP. ICNIRP considers these nominations, with the final decision coming from the ICNIRP main commission.

Q6 – What adverse health effects do ICNIRP protect against? Please explain the study that found effects that RF limits are based on? Was it the animal study?

The guidelines protect against all adverse health effects (excessive body core and local temperature rise, cancer etc), except for those specified in the guidelines as outside the scope of the guidelines (such as those related to medical procedures) There are a range of studies that jointly provide the evidence for RF-induced effects on the body. These have used a range of methodologies and endpoints, and so there is no ‘one’ particular study that can be treated as the basis for the knowledge about the underlying interaction mechanisms.

Q7 – Have you studied the impact of radiofrequency radiation on the developing brain of childrens, birds, bees, trees and wildlife? Do they need specific regulations? If so, can you share the results with us?

At this time, there is no evidence that the developing brain is more or less sensitive to RF exposure than the mature brain.

Regarding ecology and the environment, there is limited good-quality research suggesting that there could be adverse effects,and no guidelines that I am aware of that specifically set limits based on those factors.

Q8 – Regarding the skin- our largest organ-, research shows the sweat glands uniquely absorb these higher frequencies. Can you comment on this?

The structure of sweat glands is such that at very high frequencies (>300 GHz), there can potentially be greater absorption of power than at lower frequencies. These of course are not ignored by ICNIRP, but they are not relevant to 5G because 5G does not use frequencies that are high enough to be relevant to that structure.

Q9 – What do you mean “thermal physiology literature”? People get fevers. How is this any different?

There is a large literature addressing the issue of heat in the body, what causes it, and what effect it has on the body. This is what I’m referring to, and includes studies considering such things as fevers and whether they differ from heat generated externally.

Q10 – You said the study found effects at 4W/kg? Please confirm what studies you are referring to then that are the basis for this threshold at 4W/kg?

4W/kg relates to the power required to increase body core temperature by 1 degree, rather than being a level that resulted in harm. There is a substantial literature on this, which is summarized in the ICNIRP guidelines.

Q11: On what ground it is said that 5G is harmful for health? is there any research on this or scientific proof?

No, there is no scientific proof that 5G is harmful. Indeed we know a lot about the biological effects of electromagnetic fields across the entire radiofrequency range, and the effect of 5G exposure is very predictable (it is merely more superficial than exposure from lower frequencies, being absorbed primarily in the skin). 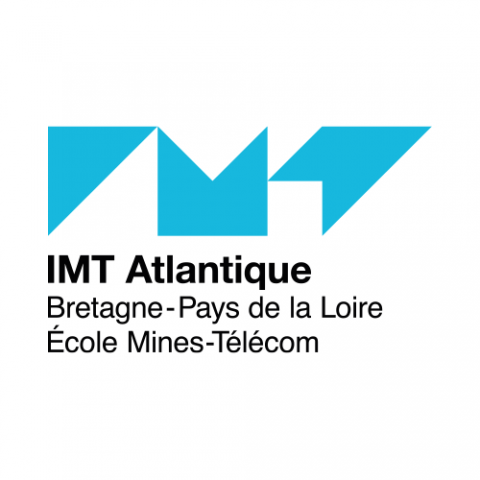